Skip to main content
Does anyone ever look back on IT hardware with fondness? Has a friend or colleague ever said to you, “You know what, I really miss my Dell Precision 380”? Yeah, that’s what I thought. We’re living in a technological boom, and it’s a great time to be working in IT and following the changes as they happen.
It doesn’t require a great stretch of the imagination to say that those who have benefited most from the constant advances in IT hardware are those who need the most power. For example, gone are the days when designers were using workstations the size of fridge-freezers with 1 gig of RAM in a desperate bid to keep on top of their workload (albeit slowly). Devices have simultaneously slimmed down, risen in performance, and gotten cheaper. And this means that designers are given more flexibility in choice of tech, and that they can finally use workstations that look as appealing as the content that’s being created on them.

Take the HP ZBook 15u G4. This is a laptop that singles itself out as a supremely powerful device with an economic price point that belies the quality of its components. The device comes with Windows 10 Pro as standard, which gives you the standard features like Edge and multiple desktops to work from, while also benefitting from business-ready features such as BitLocker encryption and the ability to join a workplace domain. 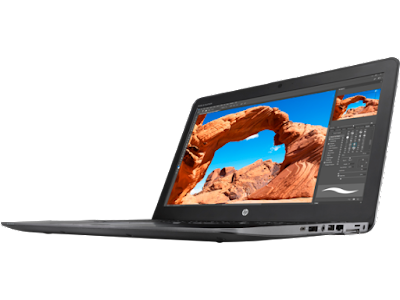 Away from the OS, the device leads with a 15.6” LED-backlit 1920x1080 display, providing crisp distinguishable colours and making it easy to see and edit the finer details on projects. There’s also an Intel Core i7-7500U to provide the extra processing power as well as AMD’s FirePro W4190M graphics card for video editing or specialist design software. In terms of the other components – the choice is yours…

This is because the ZBook is fully customisable on Westcoast’s iCreate platform. This means that if you want to create an all-singing all-dancing 16GB RAM and 512GB SSD-touting beast of a machine then you’re free to do so. In reality though, the customisation benefits you by making it a conversation you can have with your customers. Rather than selling them any old machine, you can configure one that fits their needs to the letter and give them a valuable service that they’ll remember you for. And with a 3-year warranty included as standard, they don’t have to worry about any technical issues down the line.

The HP ZBook 15u G4 is available now from Westcoast, so get in touch if you’d like to find out more about the device and the deals available.